A List of the Most Popular MotoGP Bikes of All Time

70+ glorious years of MotoGP make it the oldest motorsport championship in the world. It has never failed to provide the most exciting motorcycle races globally, and the intense on-field rivalry between riders keeps the audience on the edge of their seat.

Unfortunately, not everyone can become a Valentino Rossi, Fabio Quartararo, Jorge Martin, or Joan Mir. Most people have to stay satiated looking at the magic happening on the race tracks from the sidelines or on their TV. But if you want more and wish to feel the adrenaline rush course through your veins, you can click the bike racing game download link and virtually take part in the action.

Most bike racing games allow players to choose their preferred motorcycle, and there are even customization options to upgrade their ride. But do you know the most iconic MotoGP bikes of all time? Take a look.

The Japanese marque’s challenger in the 4-stroke era of the motorsport championship was the Yamaha YZR-M1. Initially, the bike was not competitive enough to win a tournament but the machine transformed under the guidance of Jeremy Burgess (an engineer) and Valentino Rossi (a talented rider). As a result, the bike emerged as one of the best on the grid and has given Yamaha and its riders seven world championships. 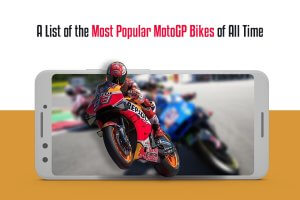 Cold War tension and spies are the reason for the birth of the two-stroke machines. A brilliant scientist on the East German side named Walter Kaaden has worked as a weapons engineer, and his work on perfecting the expansion chamber made the MZ racing team exceptionally fast. However, they remained fragile because East Germany was crippled under Soviet rule.

Ernst Degner, Kaaden’s confidante, and MZ’s star rider, were on the cusp of winning the 125cc championship in 1961 on his MZ. That’s when Degner defected to Japan because Suzuki was willing to offer him safety in exchange for trade secrets.

Degner had acquired the knowledge of making the two-stroke motor go frighteningly fast, and with the assistance of Hamamatsu’s finest, he built Suzuki 125cc and 50cc motorcycles.

Although Degner won the 50cc championship in the inaugural year with Suzuki, the 125cc was the more coveted title.

In 1963, Suzuki won its first 125 titles with RM63 at the hands of Kiwi Hugh Anderson. Therefore, the two-stroke ascension in motorcycle racing began with winning this title.

The Suzuki RM63 made a name in the MotoGP grid and helped many riders bring home coveted titles.

The 2003 Honda RC211V is one of the best MotoGP bikes ever because it won fifteen of the sixteen races it entered. The bike even swept all three titles with Repsol Honda (Teams’), Valentino Rossi (Riders), and Honda (Constructors).

The 2003 RCV came out on top not only earlier but also later RCV models, along with machines from Ducati and Yamaha. The bike boasts unrivaled domination of the podium and rostrum success for five different riders.

In 2033, RCV competitors filled all three podium places at six events, a figure not approached by other bikes during the 4-stroke era. Also, out of the 48 podiums placed on offer, 38 went to Honda riders that year. The majority of those podiums were claimed by Max Biaggi, Sete Gibernau, and Valentino Rossi, who finished third, second, and first in the championship.

Furthermore, 2003 was a year that went down in history as the only year in MotoGP where those three riders raced for Honda. So naturally, this also influenced the bike’s success; the machine and the man couldn’t be separated.

The score of the 2003 RCV was magnified by the dismal year that Yamaha had, but Ducati emerged as the new challenger.

The Desmo race bike looks extremely dominant and gives tough competition to other race bikes. All four factory riders stand tall on the podium, giving the motorcycle its dominant status. Unfortunately, all the riders could not string together enough results to bring home the riders’ titles. Although they have a long way to go and need to add more feathers to their cap, they have to settle for the constructor’s title for now. Nevertheless, the bike has made a name for itself in the MotoGP championship, and if you are playing online, don’t forget to check out this bike. It might be available for players.

MV Agusta 500 Three is the most impressive MV Agusta motorcycle to have been built, and the 500 Three dominated during the mid-60s to the early 70s. The domination was all thanks to Giacomo Agostini as he took the world by storm by taking seven consecutive world championships from 1966 to 1972. For all his wins, he was riding the MV Agusta.

In the 1966 Dutch TT, the bike was first introduced, and the 500 Three got its name from the number of cylinders it had and its engine displacement. At that time, it wasn’t common for bikes to come with three cylinders. Also, this bike was the first to use a four-valve per cylinder layout on the engine. During that time, this was the most powerful bike in the championship.

These are some fantastic MotoGP bikes of all time. You might not get all of them while playing online, but most are available with great customization options. 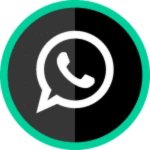 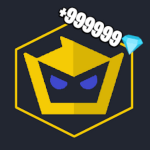